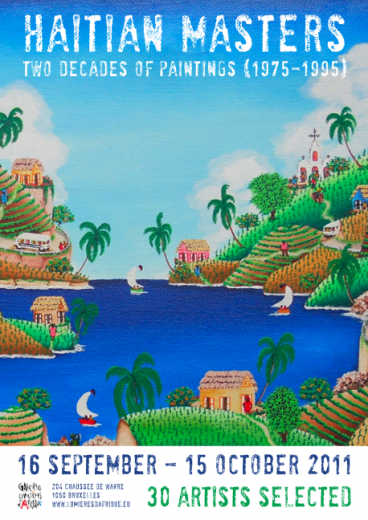 A view of some of the most renowned painters from Haïti, before the turn of the New Millenium.

Haïti is still a big enigma, up to this day. Why so many artists painters flourished in an ex-colony island of the Caribbean ? It seems like it was an entire nation of painting people. In the late 80s and 90s, while a few hundreds of educated and popular painters could be numbered in Haiti, next door, in Jamaica or in the Dominican Republic a comparative estimation of the number of painters would be considerably smaller. « The dawning of Haitian art, in its suddenness and totality, continues to inspire questions which have as yet no satisfactory answers. We look to Africa, womb of inherited mysticism, for reply.

Or we reexamine the boldness of everyday decoration. All the elements are decisively intertwined. This nation, ripened in sorrow, needed to explode at any cost through the transcendant form of art. It is a propitious rupture in the historical trajectory of a population. A great wisdom ensues, residing in an evident good-heartedness, a joie de vivre expressed in singing and dance.

And this wisdom, - accused of naïveté and unconsciousness because of a physical misery, which does not hinder its sensitivity to multi-faceted nature, ever nearby – takes the form of non-violent though extremely potent expression. It is, paradoxically, both submission and revolt, surging from the heart of the Twentieth Century... »

A view of some of the most renowned painters from Haïti, before the turn of the New Millenium.